Blizzard serve as both developer and publisher for there games. Currently they have released six major titles, World of Warcraft, Diablo, Starcraft, Hearthstone, Heroes of the Storm, and Overwatch. The company was formed in 1991 under the name Silicon & Synapse, in 1993 they started producing they're own games with the Lost Vikings. The company has approximately 5,000 employees over 9 cities Irvine, Austin, Versailles, Cork, Shanghai, Seoul, Singapore, Taipei, and Sydney.

WoW's highest player base was around 12 million worldwide and has currently dropped to about 5.5 million. Blizzard has currently released six expansions on top of the base game, The Burning Crusade, Wrath of the Lich King, Catacylsm, Mist of Pandaria, Warlords of Dreanor, and Leigon. Each of the expansions cost around £35 at release and come with new races, quests and level boosts. 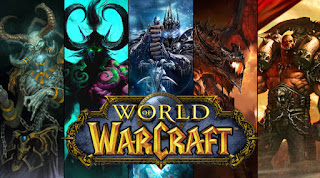 The first Diablo was created in 1997, follwing with Diablo II in 2000 and most recently Diablo III in 2012. With a lot of people being disappointed with the third installment Blizzard released the Reaper of Souls expansion the following year which boosted its popularity. Its a role playing dungeon hack and slash, which as of 2012 had sold over 24.8 million copies. In the first Diablo there were only three classes however since then they have released up to 5, the Witch Doctor, the Barbarian, the Wizard, the Monk, the Demon Hunter, and the Crusader.

Blizzard have released 2 Starcrafts so far, the first coming in 1998 and the second in 2010

Heroes of the Storm