The Advantages and Disadvantages of Gaming Platforms

The Advantages and Disadvantages of  Gaming Platforms

Mobiles aren't just phones but anything that you can easily carry around like a Nintendo or Ipad.

Mobiles:
There are two different types of handheld device, those that are purely made for games for example the Nintendo, and those that have been made for other purposes however also include games, like an IPhone. You can tell that the Nintendo has been made for games due to the way that the hardware is designed. It has a D-Pad and buttons designed specifically for cartridge based games that you have to buy separately, it also has two different screen one of them being touch pad. The IPhone is made to sever as a phone however includes the Apple Store in which you can download thousands of games a lot of which are free. There is one button on the IPhone which inst used for any game and so they have to rely entirely on touchscreen controls.

Disadvantages:
Many of the games are made to be single player and so could be criticised for separating you from society. In the time spent playing the games could be spent doing something sociable or productive. Constant use of thumbs, wrists and eyes could ed to severe eye strain, RSI or other issues. Games do not need mush physical activity and so could be criticised for making you unfit. The hardware and sometimes software can be quite expensive leading you to make a choice as to whether you need it or not. You can get sleepless nights for playing these games due to how easy they are to play.

Advantages:
There is a huge range of games that you can by on the app store that suit many different styles of play. They are also hugely convenient, being able to be played anywhere due to them being handheld. Apart from there being a pricey cost for the console most of the games are very cheap or even free. A phone for example isn't made purely for gaming and so can be used for other stuff like texting or browsing the web. 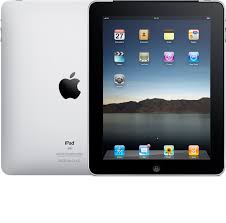 PCs (in this case a gaming)

PC:
Currently the most technology advanced of the consoles, parts of a PC can be upgraded separately to keep up with the ever growing technology in the gaming industry. One of the most advanced graphics cards at the moment is the GeForce GTX 1080 which allows for 4K resolution. this means it can display 4,000 by 2,000 pixels on screen. It connects through HDMI, which allows for a High-definition interface. Occasionally a PC will need a fan to help stop it overheating and usually comes with a wired mouse and keyboard. Wired is usually better as it reduces latency.

Advantages:
You don't have to use a PC for just gaming as there primary use would be to browse the web. Games are much easier to buy on PC due to the digital copies you can get off of Steam, the games are usually a bit cheaper as well due to there being no licensing fee. They have to capability for insane graphics and processing power due to the fact that you can actively upgrade your computer as and when you wish. Thanks to backwards compatibility there is a huge library of games compared to the other platforms.

Disadvantages:
The cost for a gaming PC can skyrocket depending on the specs that you go for. Many of the games are made to be single player and so could be blamed for isolating you from family and friends for many hours. Many gamers have poor posture which can result in health problems in later life. 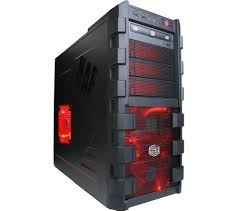 Arcade:
Rather an old machine which is usually coin-operated, can often be found in business places like restaurants and bars. There are several different games that take place of on an arcade machine, just a few are space invaders, Tekkan or Resident Evil. Fighting games often make great arcade games because the joystick and two button make for great combo mechanisms, for example ▲▼AB. The machines are usually multiplayer and so have two sets of controls. They are designed purely to soak up money.

Advantages:
Some feel that if you stand up when gaming you can become more immersed. Also not many arcade machines are around these days and many people certainly don't own them, because of this you have to leave the house to play them which in turn causes you to socialise with people. The majority of the machines are made to be multiplayer as well this help with paying for the cost.

Disadvantages:
Arcade machines cost a ridiculous amount of money and depend on people playing them to get the money back. You cannot upgrade an arcade machine and so you are stuck with what you get. The machines are normally made to play only one game and so there is no variation and i can imagine getting bored very quickly. 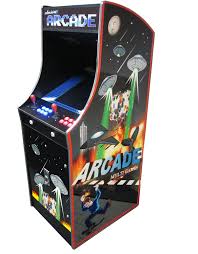 Consoles:
Most of these console where originally made to only play games however as technology has advanced you can now use them to browse the web, watch TV or go online shopping. It usually connects to a TV and so the display will only be as good as the TV allows. Each console also has their own operating system for example the Xbox's would be Windows.

Advantages:
There are a lot of different games that you can get on consoles and there are several different consoles to play on. The games that are made to be on consoles are specifically made for the machine and so should run optimally as soon as you get it. The machines can be quite expensive however when you get it, you shouldn't have any problems running the game.

Disadvantages:
The technology will be outdated a few years after you buy the console and will most likely be pressured to buy the latest one. The prices of the games are also a lot higher than they would be on PC. Also you cannot personally upgrade the console and so it is locked at the specs that you buy it at. 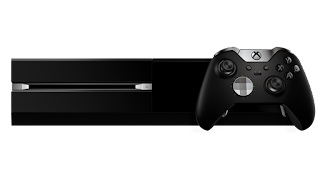