I will start by stating the models used in my animation are not mine.
Chrome-extension://gblkchompccdlgleecnffhlefbhejhhb
https://www.mixamo.com/#/?limit=96&page=1&type=Character

Because I got my models from Maximo I didn’t have to rig them, however if I wanted to, I would have to go to skeleton and create joints then draw out the skeleton it’s always better to start from the bottom when doing this. Next by selecting the limbs and corosponding joints and pressing P it will parent the limbs and you can control it with the bones. 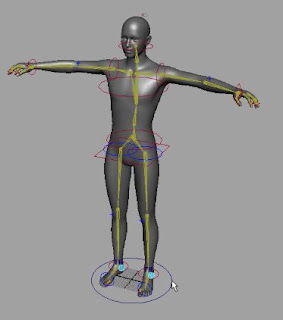 I kept all of the assets in one folder, and named them accordingly so I could find them easily and pick up exactly from where I left off. I had a problem with a version mismatch of Maya at one point however this was resolved quickly, all I had to do was extract the file instead of just saving it.

The basic animation is created by moving these bones and the pressing S to save the key frames, Maya will then fill in the frames inbetween and create the movement. 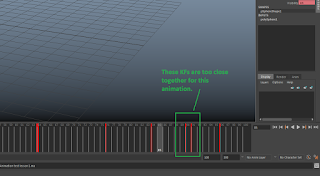 To add movement to the camera we first have to make one by going to create, cameras, camera, it will add a camera that we can watch the animation through and move around in the scene. We can do this by using the key frames and just moving the camera. 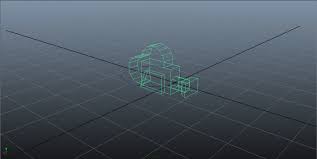 The starting idea for my animation was quite tame and I realised it wasn’t going to last at least 20 seconds. After animating for a while I got the hang of it and thought that I could expand my ideas a bit and because of the finished animation became very different. In my brief I said that I would create a trailer for my game that lasts between 20 and 30 seconds, the animation serves as a trailer for my game very well. I could’ve handled my time a bit better however it took me a while to get my head around actually animating it, once I realised how simple it was I was able to get a lot of work done in a short space of time.
The actual animation itself came out well for a first go however some parts were still not quite right, if I had more time I would use it to refine the animation to try and get it as close to a professional level as possible. In terms of aesthetics I didn't quite have time to add lighting and the floor I had in place didn't render and so I would in future sort these bits out earlier to improve the overall quality of my animation. In future I would have planned more ideas and created more storyboards to really get a feel of what I was doing before going into it.